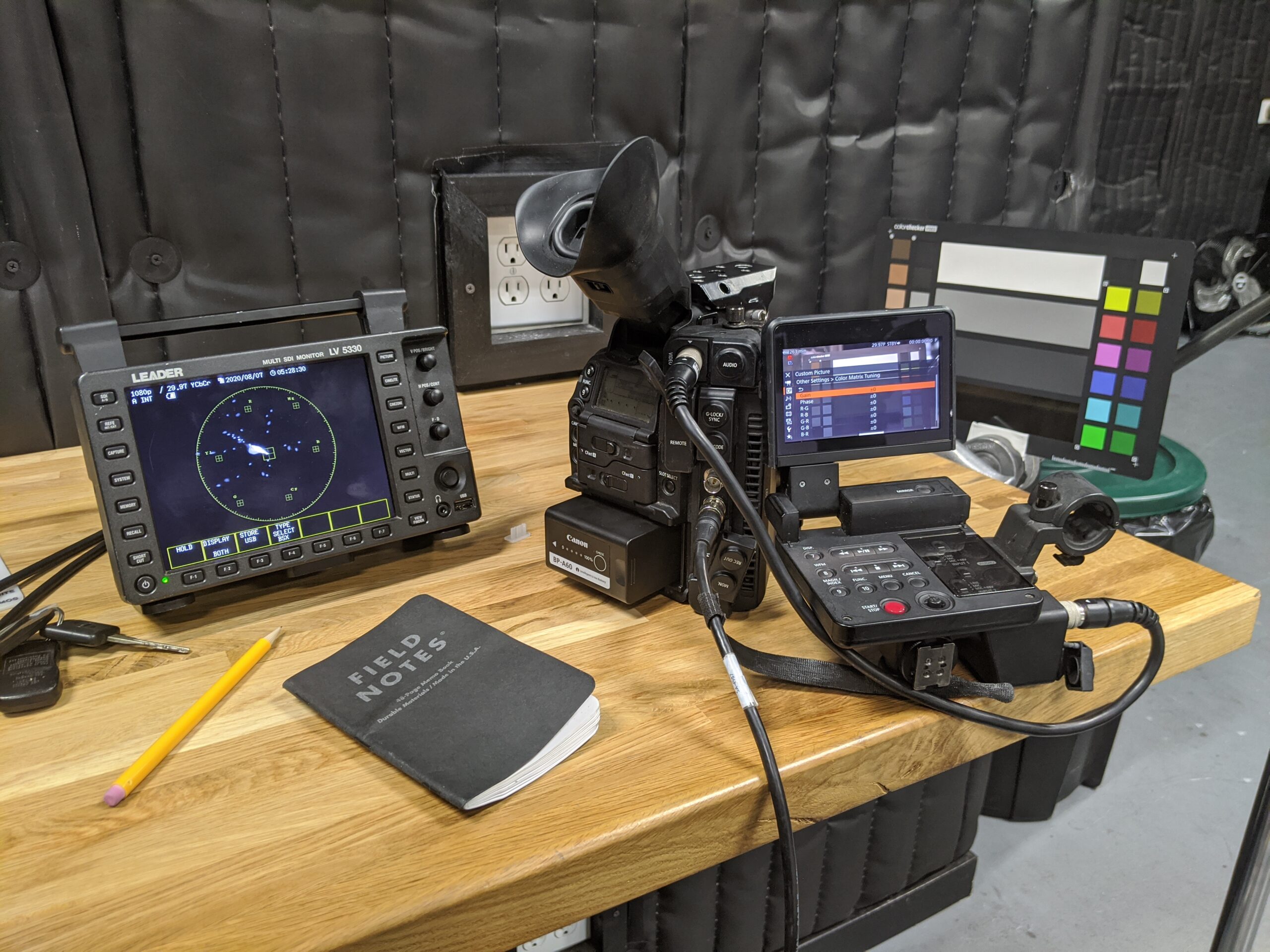 Recently we released OWLCOLOR for all Canon C-Series Cameras which allows you to more closely match the color response of your camera to the Arri ALEXA, making a Canon B-Cam an easier proposition. This, of course, won’t make your camera look like an ALEXA, but it’ll get it closer in regards to color. While the C100mkII version is much more subjective (for various reasons), the rest of the camera’s profiles were made by aiming an Alexa and each Canon camera at a set of color charts and, with the aid of a vectorscope, matching them as best as possible in-camera using the color matrix controls.

Since LogC and Clog2 are similar gamma curves, this means that we can get a roughly similar image to the Arri out of the Canon making matching easier. That being said, sometimes you just want a nice look straight out of camera, and for that reason there’s a 709 Profile to accompany the Log profile in each OWLCOLOR Profile “pack”. The latter is set to Clog2 as default, but can be switched to Clog3 or any other gamma if you so wish.

— Enrique Siliezar
I been shooting with the OWL BOT profile and makes a huge improvement on the c100 mark 2 skin tones.

— Jai Jacob Photography
I bought this camera as my first video camera and love the information you put out about this. Also love the C100 Mk ii picture profile you created for this.

— Nathan Thomas
Loving the OWL BOT profile man! Thanks heaps for your videos. Yeah C100mkii is still a great camera especially if you need to deliver videos fast and want to save money on hard drives. Also nice white balance trick will need to give that a go

— Jaime Jr King
Mann love you C100 profile! I need one for my c200 to eliminate de magenta cast, love your work! Thanks

— Allen Visuals
Nice! I got your C100mkii OWLCOLOR picture profile and I use it all the time on my C100mkii… it revitalized my camera!

— Aaron Eddy
Hi Kenny. I purchased [OWLCOLOR] back in May. It’s made things so much easier!

— John Paul Jones
Just wanted to say how much I’m enjoying the CP you made for the C100mkii. It’s served me extremely well. I love having a reliable option for a good look straight out of camera

— Cave Bear Films
Hey Kenny, Just wanted to say the OWL profile is really great! I’ve done some tests with it and I’m really pleased with the cinematic look that can be achieved. Even with minor adjustments straight of camera!

— Arlo van Sluis
Just found your work yesterday, but I like the colour-profile very much.
We almost only make corporate/promo-video’s, but this enhances our work drastically and saves time in post. Keep up the good work!

— Charles Atkinson
I have really been enjoying your Owl Color profile on my C500 MK ii. Aside from improving the color response, I just really like having a lot of the magenta shift pulled out of the canon cams!

— JTN Film
Blimey! You did a good job. Doesn’t look much in camera but once I put it into resolve you can really see a difference. I’m shooting later this week, so I’m stoked to try it on a proper job. Thanks for putting the effort into making it.

— Darren McNamara
Been using it all day – this profile rocks! Thanks again Kenny great work

— Lucas Favre
I purchased the OWL BOT color profile a couple of weeks ago and I am blown away by the footage I get with it.

We’ve also designed a LUT Pack for editors/shooters who need to match multiple different cameras to the ALEXA with support for Slog3, Clog2, and the Ursa 4.6K G2. These LUTS, on top of closely matching the colors of the ALEXA, also come in “gamma adjusted” versions which match the general contrast curve as well. While the Canon and Sony LUTs were made based on footage from the C500mkII and FX9 respectively, they work well with “sister” cameras such as the FS7 or C300mkII.

All of these products are available now in the OWL BOT Shop.