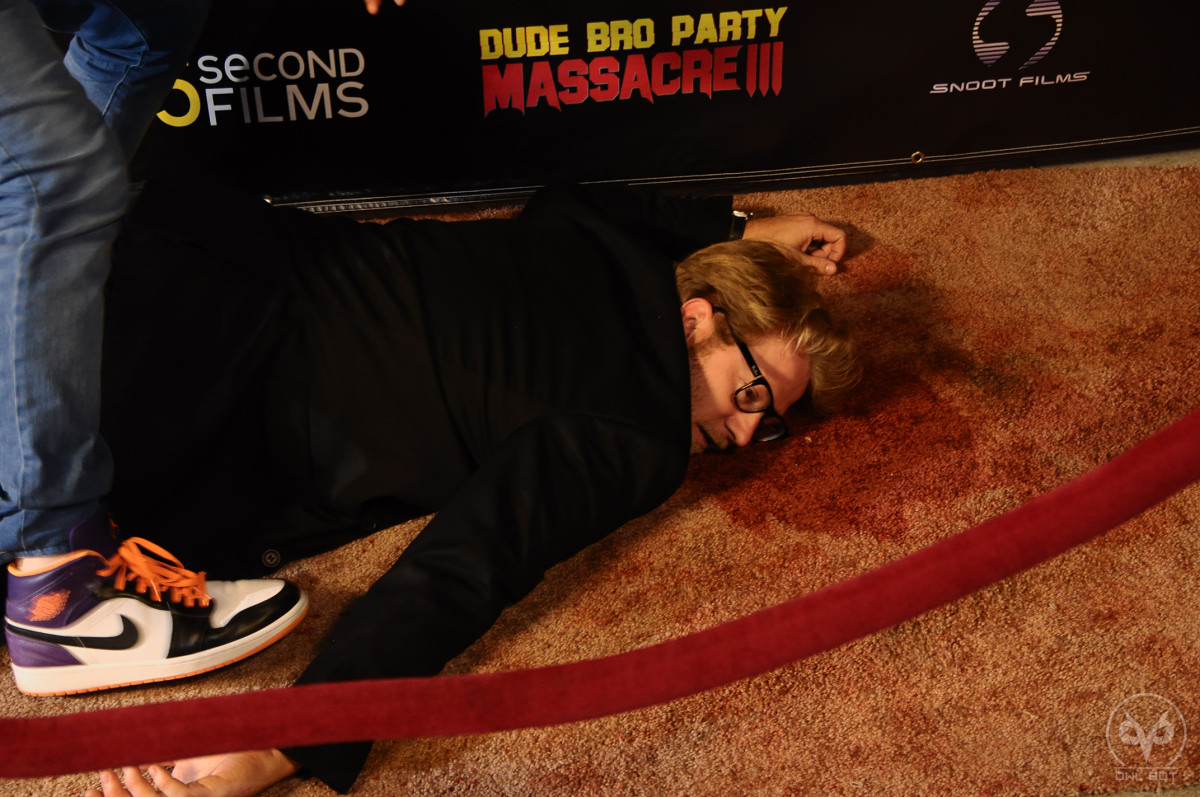 We got to see DBPM3 at the cast and crew screening (thanks again for the invite 5SF!) and immediately tried to get everyone within earshot to find a way to see it. Now you can see it like we did, whilst in the presence of the tremendously talented cast and crew, but with the added seasoning of a little Patton Oswalt! Apparently he’ll be hosting a screening at Cinefamily on Fairfax which is awesome because we just went and saw Goon there as hosted by Doug Benson and loved the rows of leather couches in there and look forward to lounging awkwardly in them again! The place has a really cool vibe to it to so you’ll feel right at home with all the punk music and B-movie b-roll going on before the screening. Get your tickets now before they all sell out and we’ll see ya there!

“Break out the pastel polos, puka shells and beer bongs — it’s time for some pure, uncut bro on bro horror cinema. Thankfully recorded off of late night television before President Ronald Reagan could ban it, Dude Bro Party Massacre III is a satirical take on the gory and sexually charged ’80s slashers genre, refreshingly exploiting soft male bodies via many a situation we’ve become accustomed to as exclusively feminine.

In the wake of two back-to-back mass murders on Chico’s frat row, loner Brent Chirino must infiltrate the ranks of a popular fraternity to investigate his twin brother’s murder at the hands of the serial killer known as ‘Motherface.’ But fear not genre fiends, plot gleefully takes a backseat to absurdly dumb broalogue, hackneyed late night commercial interruptions, cameos galore and gore that gushes like a beer right before a proper shotgun.