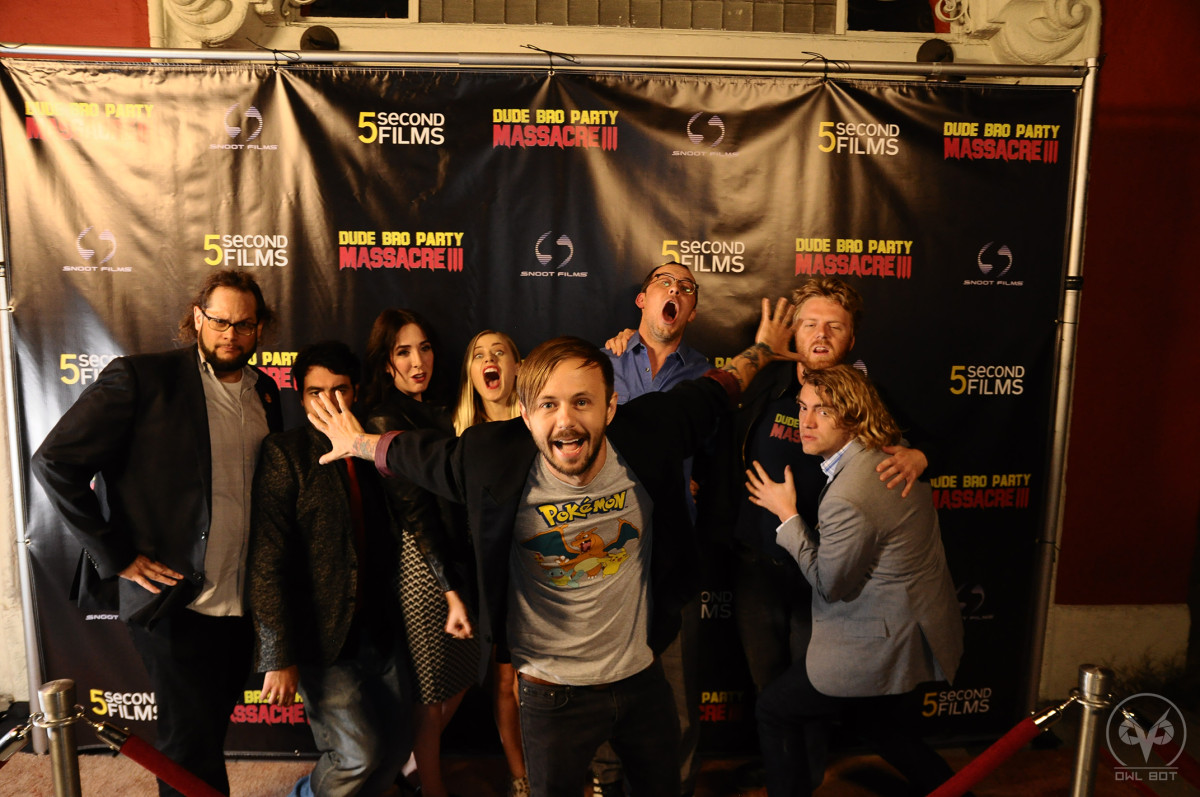 The folks over at 5SecondFilms were kind enough to invite us to the private cast, crew & friends screening of their new 5460 second film Dude Bro Party Massacre III on and boy were we in for a serious treat.

According to IMDB: In the wake of two back-to-back mass murders on Chico’s frat row, loner Brent Chirino must infiltrate the ranks of a popular fraternity to investigate his twin brother’s murder at the hands of the serial killer known as “Motherface.” And yeah, that’s kind of what the film is about, but in reality it’s more about packing as many jokes from as many left fields as possible into this gloriously gory and fantastically funny 80’s horror spoof. From start to finish you’re holding your arms in the air as if to ask the universe as a whole who delivered this masterful concoction to your eyeballs, and yet you don’t care. You want more and more until your head explodes, keeping with the theme. Visually, the film looks exactly as if it were recorded from some public access channel in the middle of Milwaukee through a VCR, complete with snippets of commercials and the like. In fact, the film opened with one of the most improbably perfect (and very real) Sizzler commercials from 1991 we’ve ever been privileged enough to witness on a big screen just to set the tone. Easily half of the audience thought the 5SF crew actually filmed it for the movie. Everything is that spot on in this production, and just drips with razor sharp nostalgic humor and perfectly paced horror.

Are you excited yet? Are you ready to experience the mayhem? Patton Oswalt and Andrew W.K. are in the film, as well as Greg Sestero from the cult classic The Room and popular YouTuber Jimmy Wong, so if that isn’t enough of a ringing endorsement from every angle, I don’t know what is. Luckily for those of you not living in the LA area, the film hits iTunes and The DBPM3 website TOMORROW, JULY 7th! So get it, watch it, love it. We are 100% certain you will not see a movie like this any time soon. Bring all of your friends over to watch, as this is definitely a film best enjoyed in a large group. Also, before you make the comparison, Kung Fury doesn’t hold a creepy lantern to this. There’s levels to this shit.