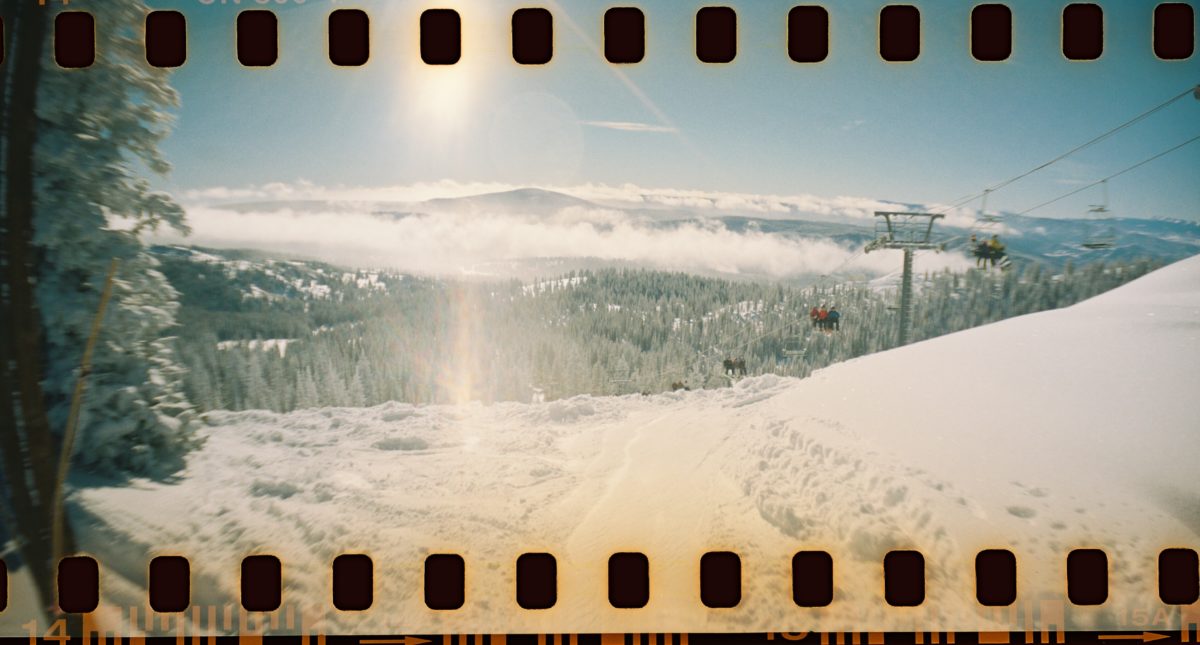 It’s been a long time coming, but it’s finally here. I finally used the Sprocket Rocket in “ideal” conditions, exposing exactly where it falls apart and where it succeeds.

In my initial review, I discovered that I enjoyed taking the Sprocket Rocket out. It didn’t add any weight to whatever I had it in, it was a great conversation starter, and when lit properly it could give some really interesting funky Lomo looks.

The only problem I really ran into was that last part: “when lit properly”.

Even when I was outside in daylight I found that the emulsion was starved for light. I can only name three 800+ speed films, and even then shooting at the Sprocket Rocket’s forced f10.8 1/100 could be frustrating. “All I need” I thought “is a studio strobe setup”. And for that setup I looked. For a long time actually. It wasn’t until I recently got a gig shooting a CS:GO tournament for ESL that I found it in the form of our Photographer’s setup.

You’ll recall that I found the Sprocket Rocket’s hot shoe was (surprisingly) real, and could trigger my Nikon SB800. That was all well and good, but I wanted to give this camera the best shot it could have. Luckily, I found that a standard wireless trigger also worked, and since the ESL Photographer was set up for portraits, exactly as I looking for, I chucked the trigger in the shoe and shot whoever would give me a few seconds.

As you can see, the 30mm wide-angle lens is very fudgey along the edges but the center is surprisingly sharp! I shot these at the f10.8 setting instead of f16, as the lights were set up for an f-stop of 11 at ISO 100 (I was shooting Kodak Gold 200 so this was perfect). I also noted that, while I framed everyone up with extra headroom in the viewfinder, the lens is far enough under it that my subjects were largely lobotomized.

I also took the Sprocket Rocket out to Colorado with me on my two-month snowboarding trip filming with Lifestylez/Echo Tours, knowing that snow would be an excellent provider of exposure.

As you can see, this gave me those same funky Lomo looks but I had a nice density in the negative too, even in the night shot where I used the camera’s Bulb exposure. It was so easy to chuck the thing in my backpack along with a couple beers and my GoPro, as I didn’t have to worry about damaging the plastic body or it weighing me down. Whenever I took it out, I’d get a few skiiers stopping to ask about it. The version I have is the Teal 2.0, so its bright pop of color really begs questions. Primarily “oh is that like an old-school camera?” Sure.

The real surprise was the film I brought with me, Lomography’s own Lomo CN800. What a wonderful film that is! Having used it here, I now want to do the flip-side of this test and get the 120 version in my RZ67 for a portraiture session to allow it to look its best. I’d say it has the forgiveness of Cinestill with the color profile of warm Fuji stock (even if it is some variant of Kodak Gold). At the very least, it gives you that nice “vintage, filmy” look people search for when they’re thinking “Analog Vybes” and all that. It’s a lovely stock.

So, long story short, the Sprocket Rocket: does it excel when given ideal conditions?

Well, no. But it does give you exactly what Lomography says it will. This isn’t a studio camera, it’s a toy. As a toy, it actually can perform admirably under studio conditions, but I would almost argue that the better shots are the ones from my Colorado trip. The candids, the ones on the mountain, the memories they invoke… The posed photos are cool, but lack the fun. They don’t say “I shot this with a toy” they say “I shot this poorly”.

You see, the medium is the message. If you have a studio, you tell the audience “hey, I can do anything and everything is a choice” so when the guys in the group photo are out of focus, you basically are saying “I intended for those guys to be out of focus” even if you didn’t. With my in-the-moment shots, said “audience” forgives those supposed misfires as they don’t “see” the image as intending to be perfect. They see a moment. To that end, the Sprocket Rocket is a great way to capture them. People are stoked to see them when they’re finally developed. They excite the laymen. And that excites me.