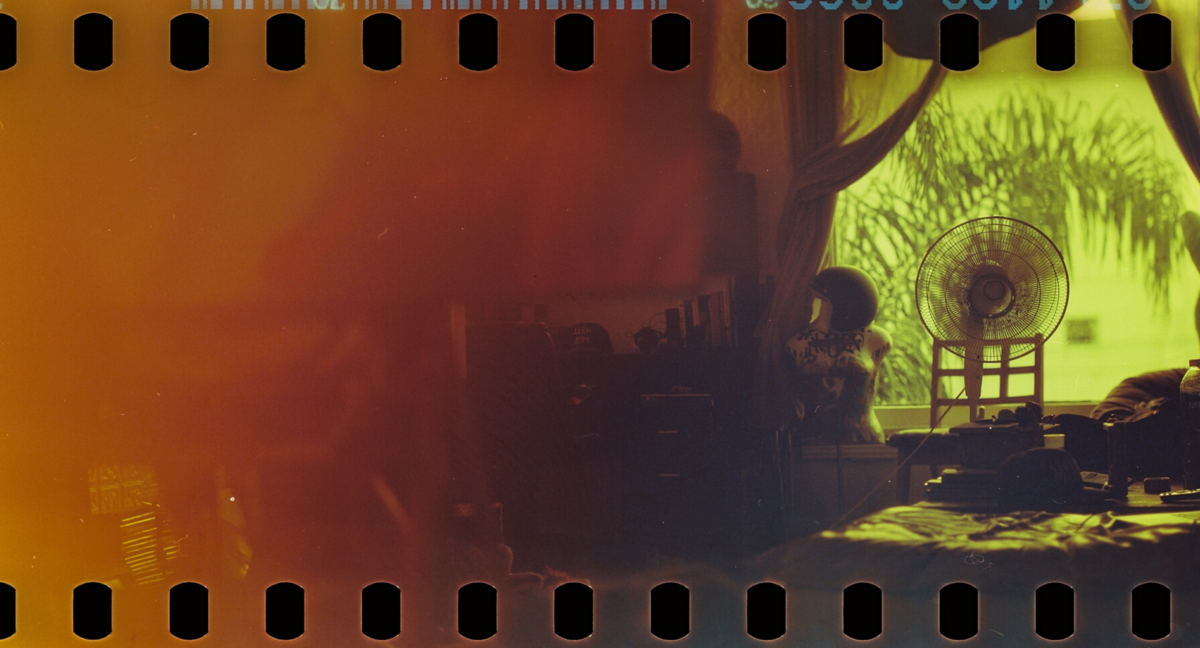 Sprocket Photography is a niche type of 35mm film photography where the photographer exposes the entire film negative beyond the sprocket holes. This is achieved by (in our case) 3D Printing a 35mm-to-120 spool adapter to enable us to run a roll of 35mm film through the 120 back of our Mamiya RZ67 with a higher level of precision than, say, using something inelegant like foam chunks. When accomplished with care, this results in the film looking exactly as it would in a 35mm camera except with the exposure covering the entire emulsion instead of just between the sprockets. Often times, when using a leaky medium format camera or less-than-desirable spool mods, the film can tend to be exposed with more a more “lomo” look than desired. On the complete opposite side of the failure spectrum, we have accidental redscale photography.

I’ve tried to shoot sprocket photos twice now and in both cases the film came out underexposed and orange. The first time, I was at Chase’s house and he walked in on me unloading the film, flashing most of it. When I got the film back, it was blue and orange and kind of trippy but definitely not what I was trying to do with that roll of Cinestill: 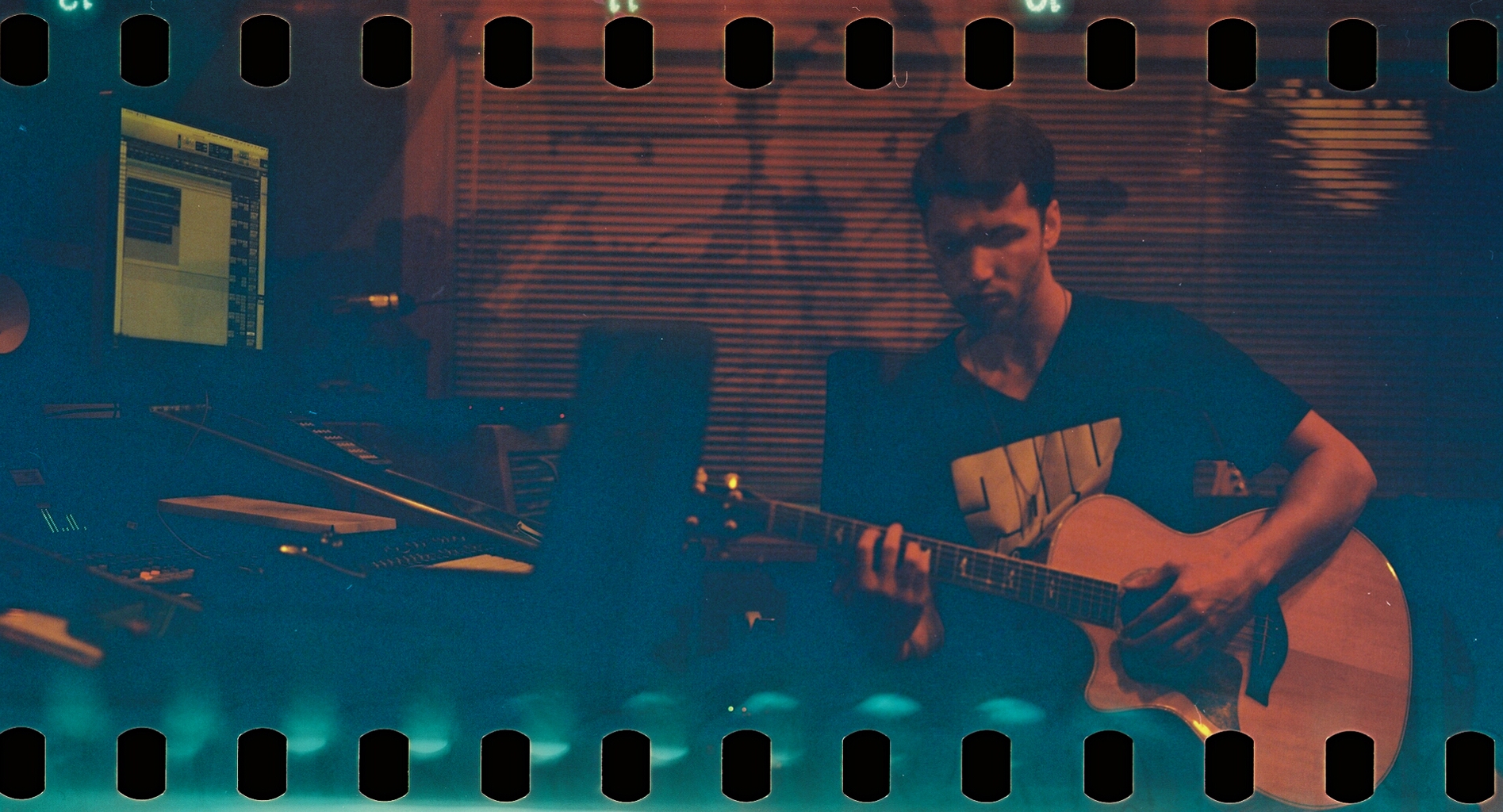 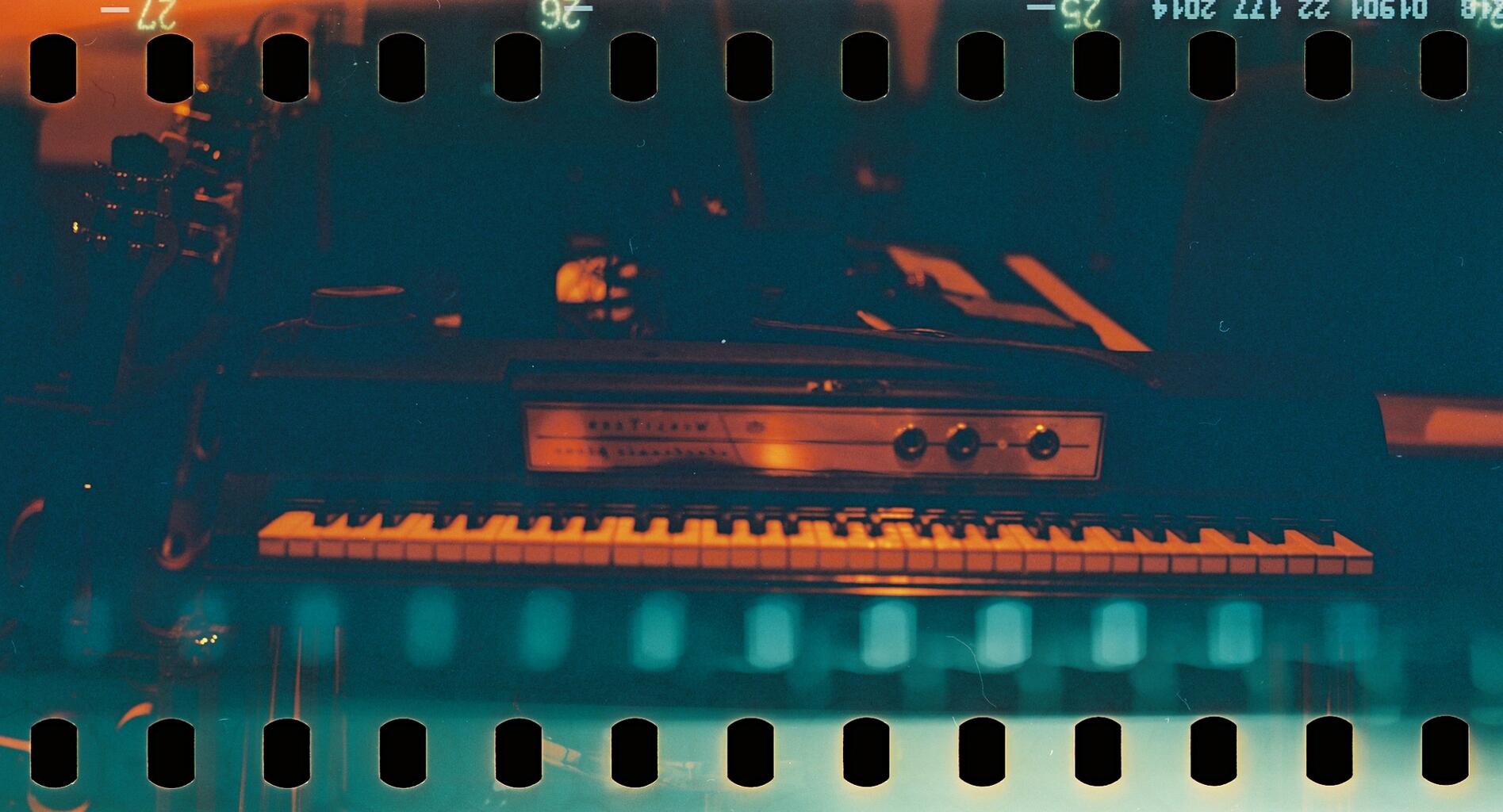 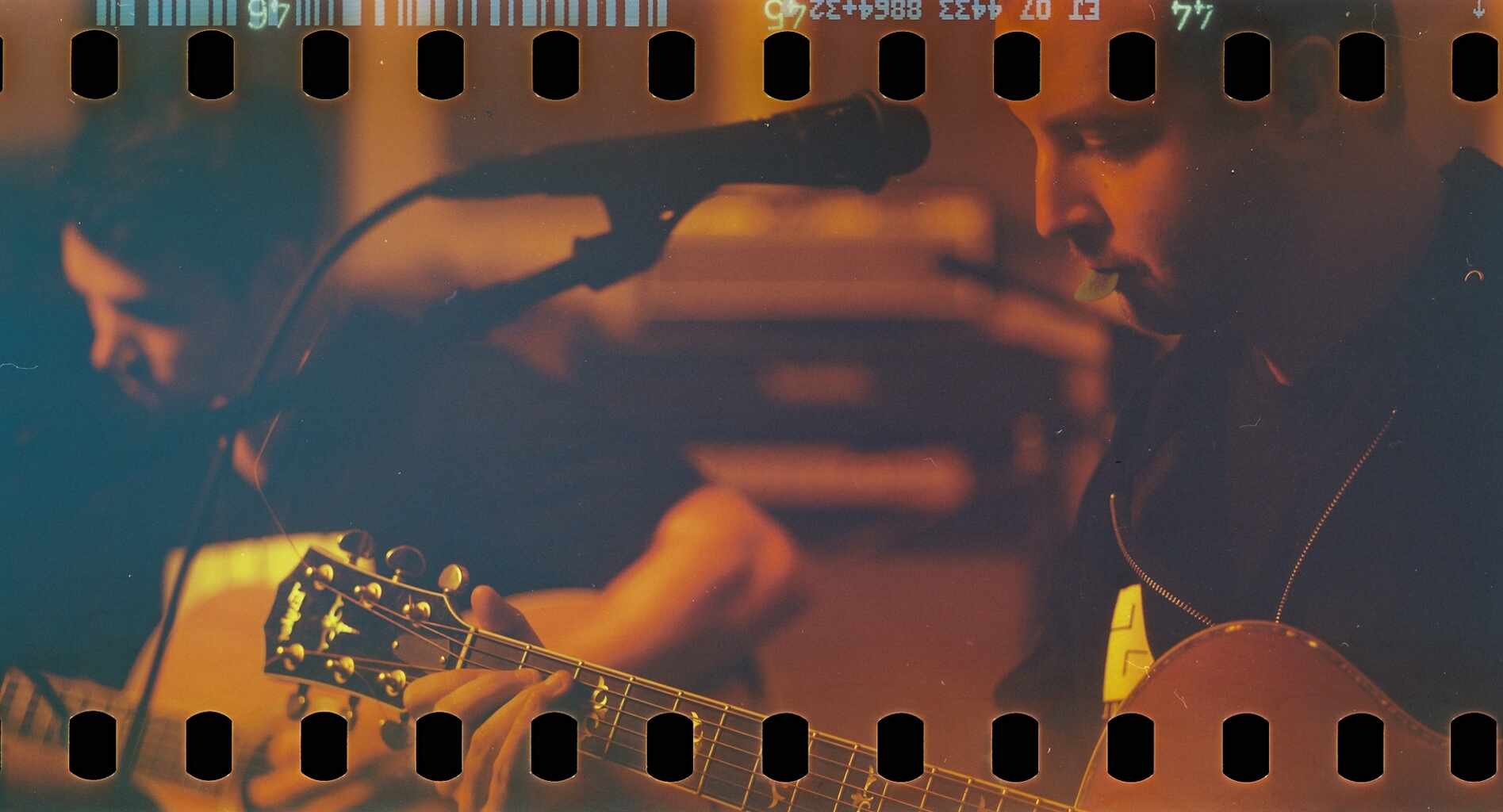 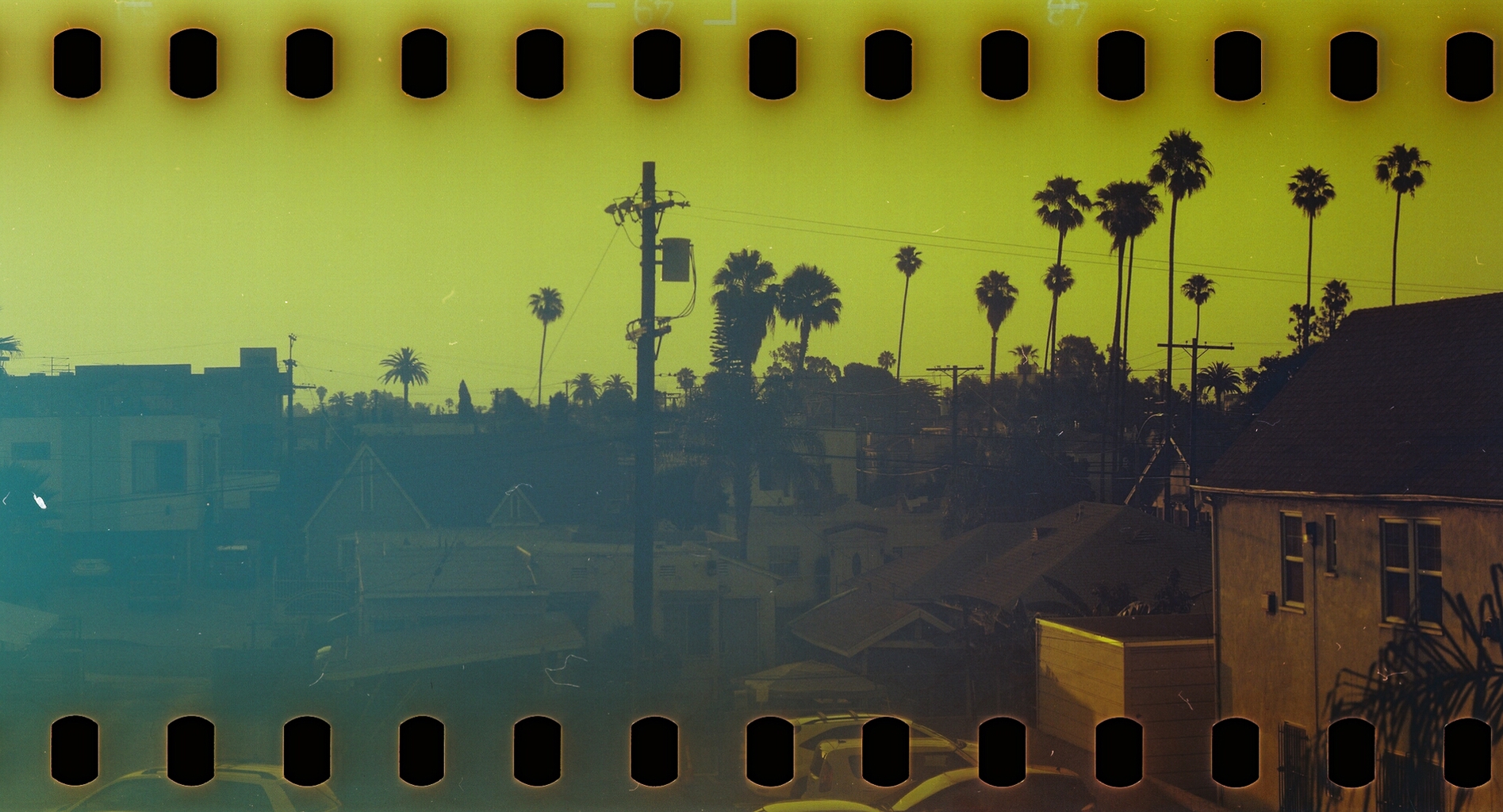 Almost a year later I decided to take another swing at it. I took my time, made sure the film spooled perfectly, unloaded in pitch black at 2am in my sealed bathroom, everything… and the film came back orange again! This time it was way clearer, but also somehow under-exposed. I was mostly shooting inside before, how was it underexposed outside? It couldn’t be mechanical, I had just shot a roll of 120 right before it and that came out fine. It was at this point I had a thought that I didn’t realize was a dumb thought until I had it:

Can you expose film from the the back?

It’s called Redscale Photography and it took me about 37 seconds and a first-page Google search to realize I had been loading my film upside-down. Since 35mm doesn’t tell you which way to load it in a 120 back, I just went with the natural curve of the film canister “exit”, not thinking through the fact that when you do so in a 35mm camera, you’re looking at the back of the camera stringing the film across the exposure window from left to right. In my Mamiya, you’re looping the film around the spools and a metal backing, still left to right, and then putting that magazine against the exposure window, in this case the entire camera body. Basically, if the exposure window is the top of this page and the ends of these lines are spools, 35 goes “U” and 120 goes “∩”. The result of backside-exposure is that the red layer of the emulsion (which is normally exposed last) is exposed first, followed by green, and the blue layer is left basically untouched. 120 film has a paper back (can’t be exposed from behind), cinema film has remjet (same thing), 135 is just chillin’ there with its ass out. Didn’t even occur to me. Go figure.

I still don’t think I’ve fully unpacked everything this little mistake has taught me about film emulsion, but you don’t learn anything from batting 1000. I thought I knew a decent amount about exposing film, but only after screwing this up did I realize that I didn’t fully appreciate the chemistry that goes into every roll. Exposure sensitivity based on color isn’t foreign to me but having it visually explained to me like this was incredibly educational and spurred me to dig back in to these concepts.

For instance, film emulsion isn’t just light-sensitive goop spread across some plastic: it’s a sandwich of thin layers that serve different purposes and are sensitive to different parts of the light spectrum. No one layer can capture the full light spectrum as one image in the way you might think. An easy way to imagine this, perhaps, is that you’re basically shooting multiple black and white pictures at once, in one frame, except they’re sensitive to and colored as respective sections of the light spectrum: one blue, one green, one red. When combined, you get the illusion of the full color spectrum in one frame.

So, if I over-exposed one of these redscale shots it would have come out way clearer, but more sepia-ish than multi-colored since the thing that stops the blue layer from being exposed is a filter layer placed between the blue and green layer. The Gibson HQ pic is a good example of this. Since each layer is blue-sensitive anyway, they put that filter layer there (colored yellowish) to keep the blue light contained to its appropriate layer and not spilling into the other ones.

Check out some shots from the second attempt below: 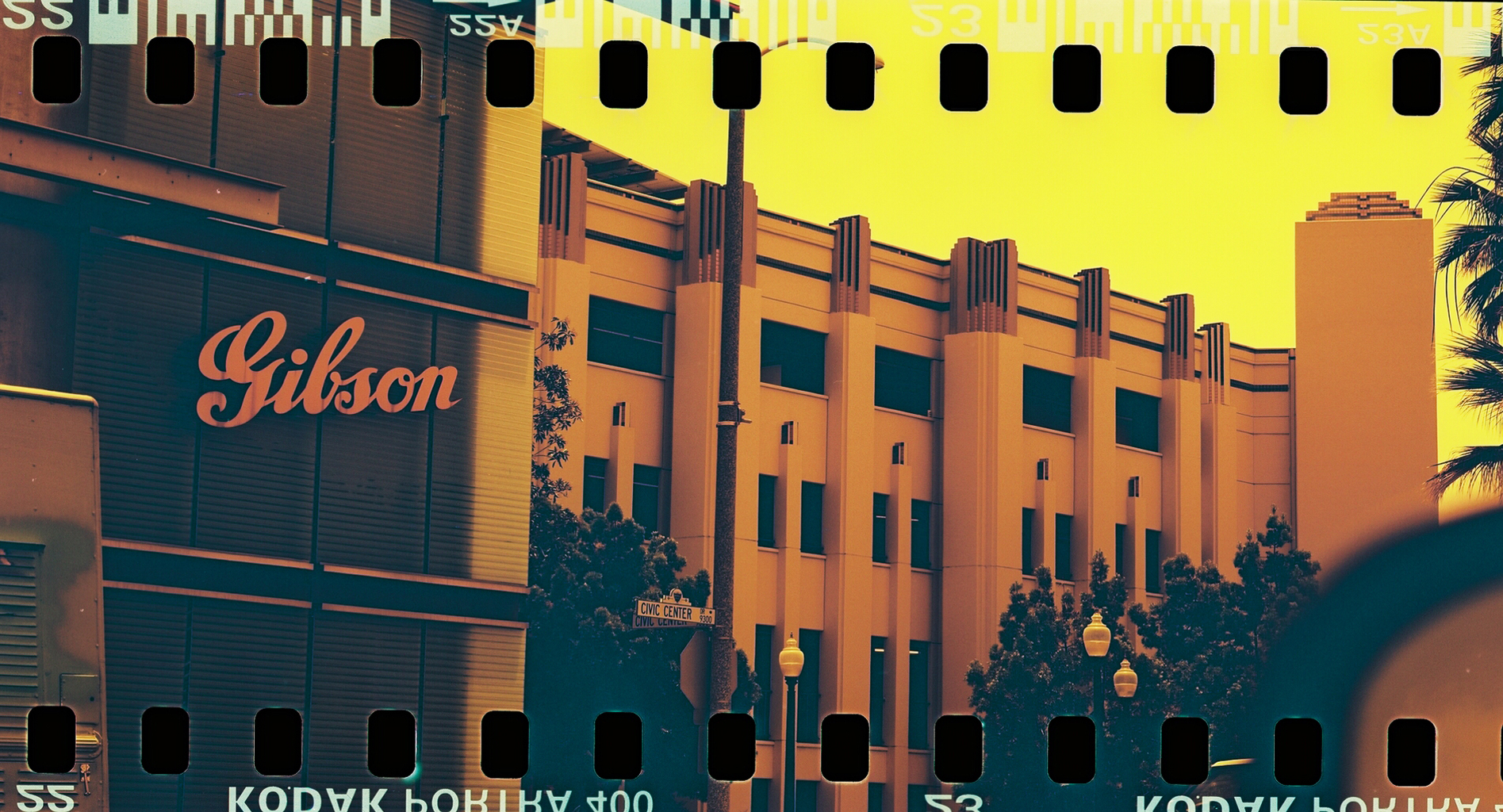 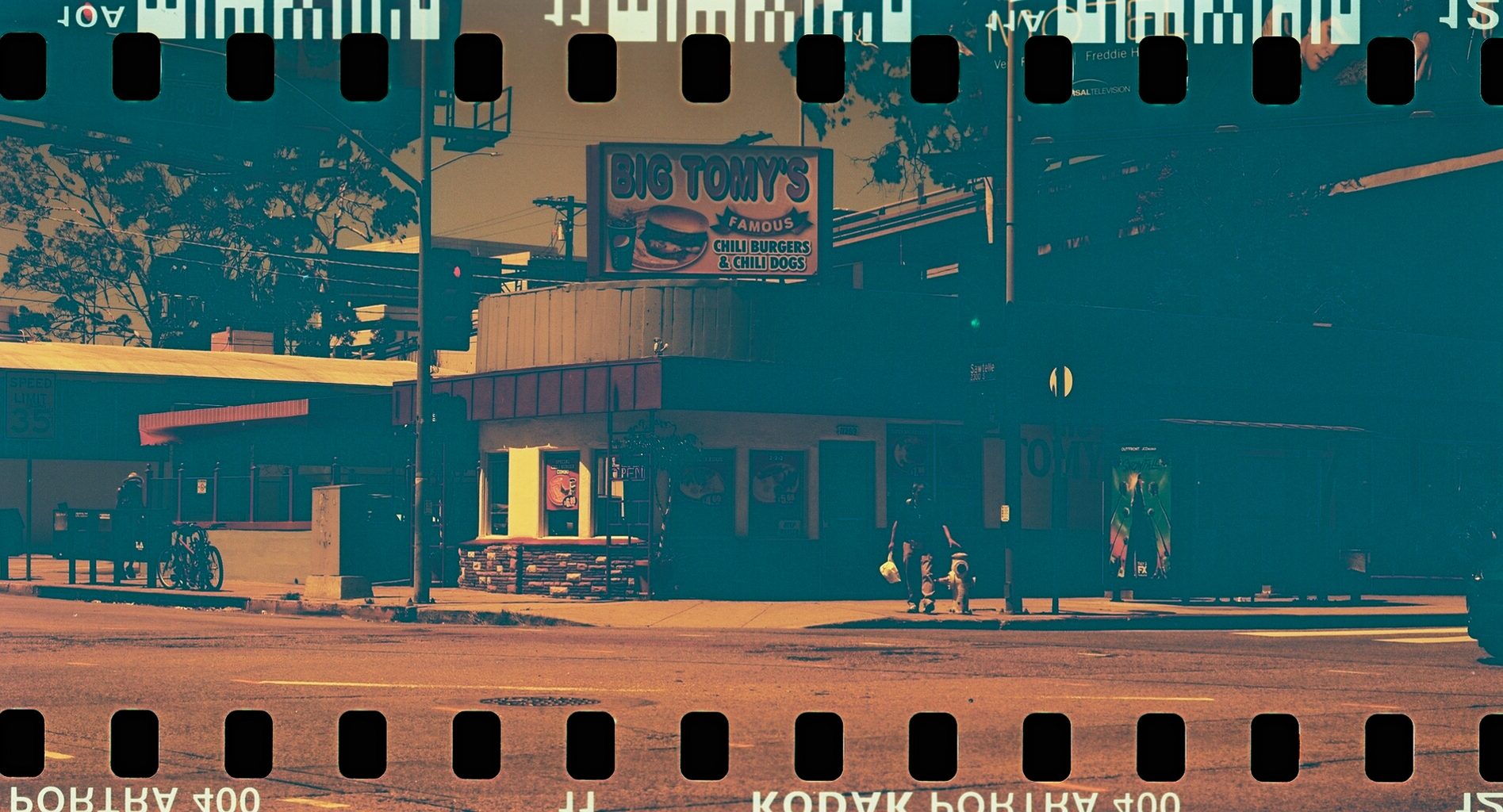 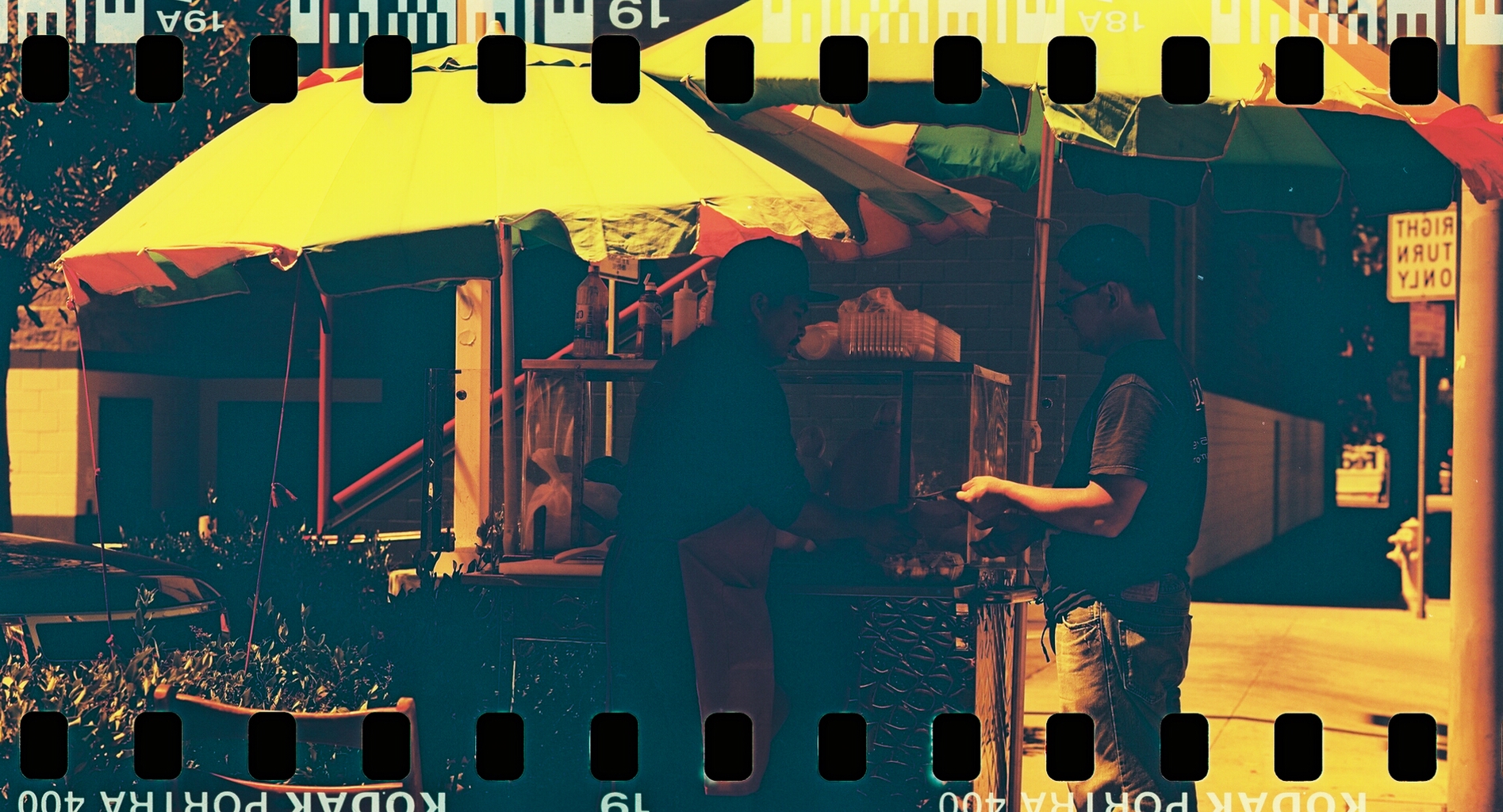 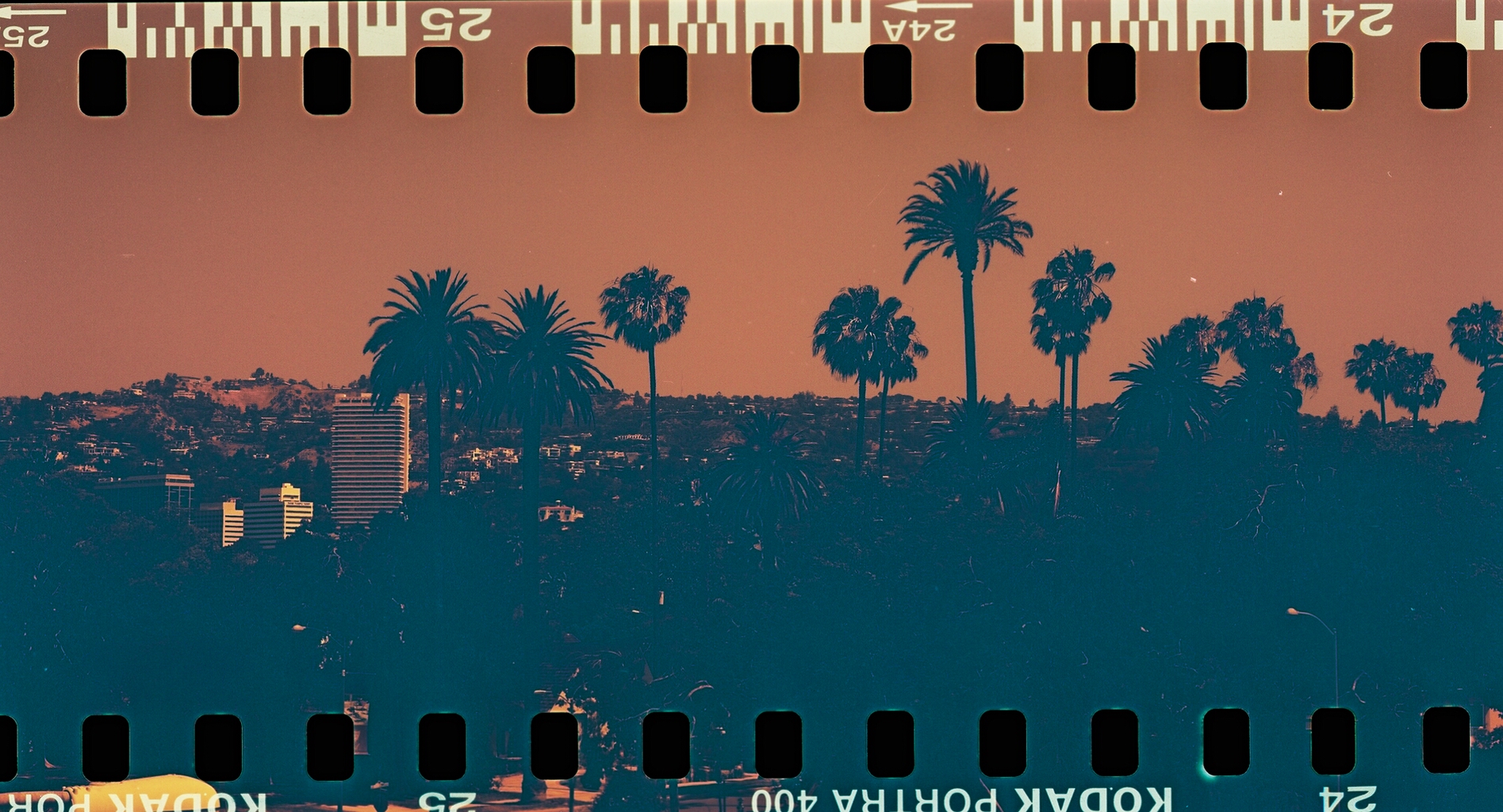 If you found this interesting and want to talk about, feel free to hit me up on Twitter or Instagram, or shoot me an email using the contact tab up top. I’ve now properly loaded a roll of Portra 400 into the RZ67 and I’ll be reporting back in a few weeks with the now-intentional results of this Sprocket Photography experiment.