A while back I had the thought to put together a rig that I could use on various shoots that would make being a solo operator easier. Having to carry around a big cinema battery in my back pocket was less than ideal and if I ever needed a tool or something, I would have to have it in a jacket pocket or a backpack or something. Not fast, not convenient, and what if it’s hot? What if I’m moving a lot? Zach Zamboni of Parts Unknown discussed using a Viking Tactical belt to hold his Hipshot and gear pouches while working, and while I loved the idea the whole setup was quite expensive, I didn’t need exactly what he needed, and I didn’t necessarily want to rock a belt as I have what doctors call “no ass” and thus it would likely fall off my thin frame. Enter the chest rig. 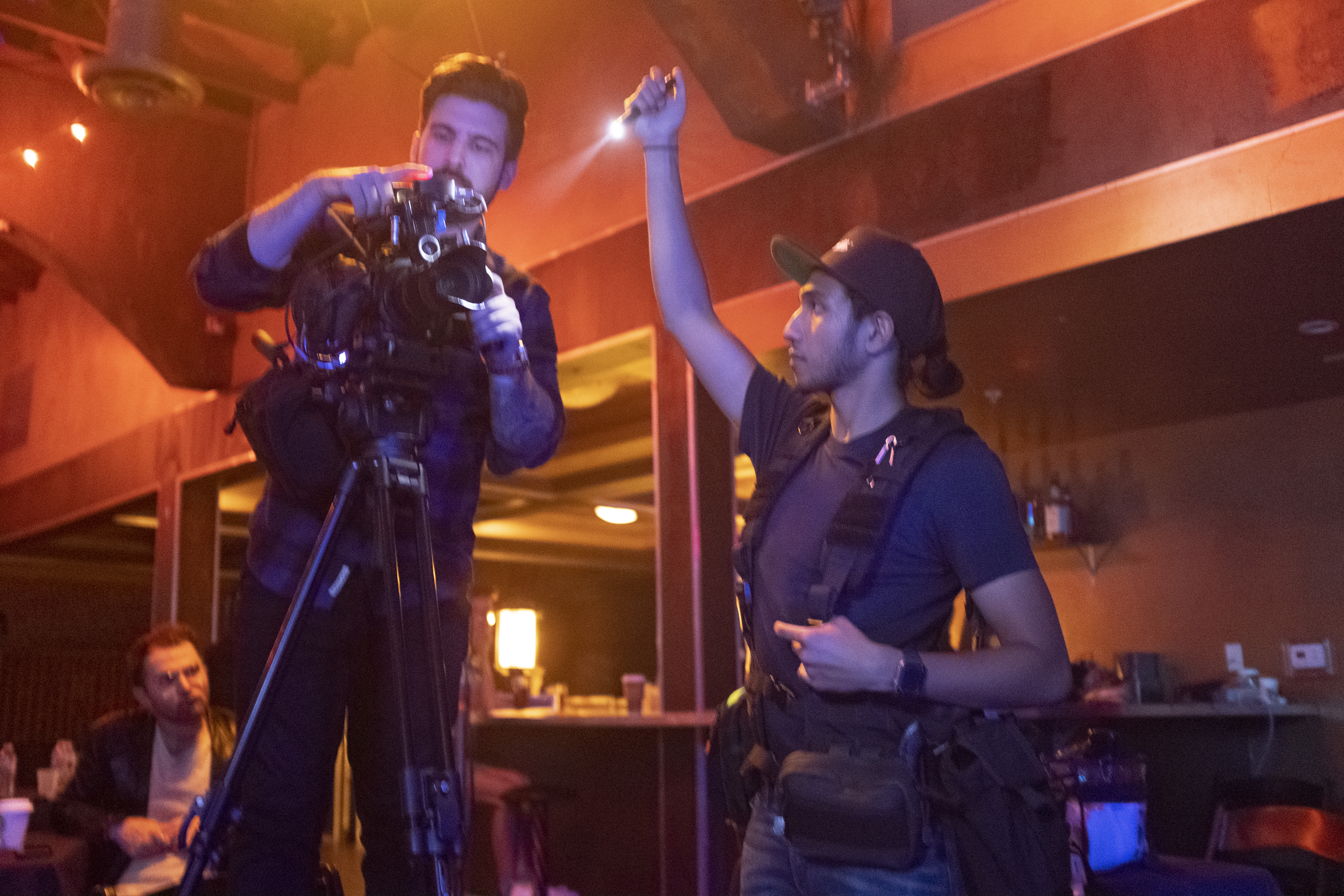 There are a handful of vests out there, but on the film side of things they’re quite expensive. Being relatively aware of our military I knew there had to be other options. In that realm most vests are Plate Carriers, meaning they’re intended to hold a bullet-proof plate as well as a ton of ammo and other combat-specific things. I just needed the vest part, and I found the Condor Ronin fit that bill perfectly. After some measuring, list-making, and research, I grabbed a few cheap pouches on Amazon and found that was a decent solution for my needs. Primarily I needed something to hold that battery, a pouch for immediate accessories (lens cleaner/caps, filters, Colorchecker, etc), one for lens-swapping, and another for tools and the like. I used that rig for a few gigs and included it in a video I did about run-and-gun filmmaking. On a whim I sent that video to Condor and they responded positively, saying they actually had better pouches available than the generic ones I had found and sent a few rigs over for the crew and I to test out and wouldn’t-ya-know-it they were right.

Now, there’s plenty of other pouches to choose from (and even a hydration carrier that mounts to the vest if you want) so depending on your needs you may want more, less, or different ones, but for me this works great. The GPS pouch or Side-Kick often get swapped out for the Binocular pouch just for the extra room afforded, but if I’m manning a tripod I’ll usually have that Binocular pouch mounted to the handle of the tripod to hold the battery, a notebook/pens, and assorted accessories with the vest secure around the chest of my AC (or a PA if we’re running lean on crew). 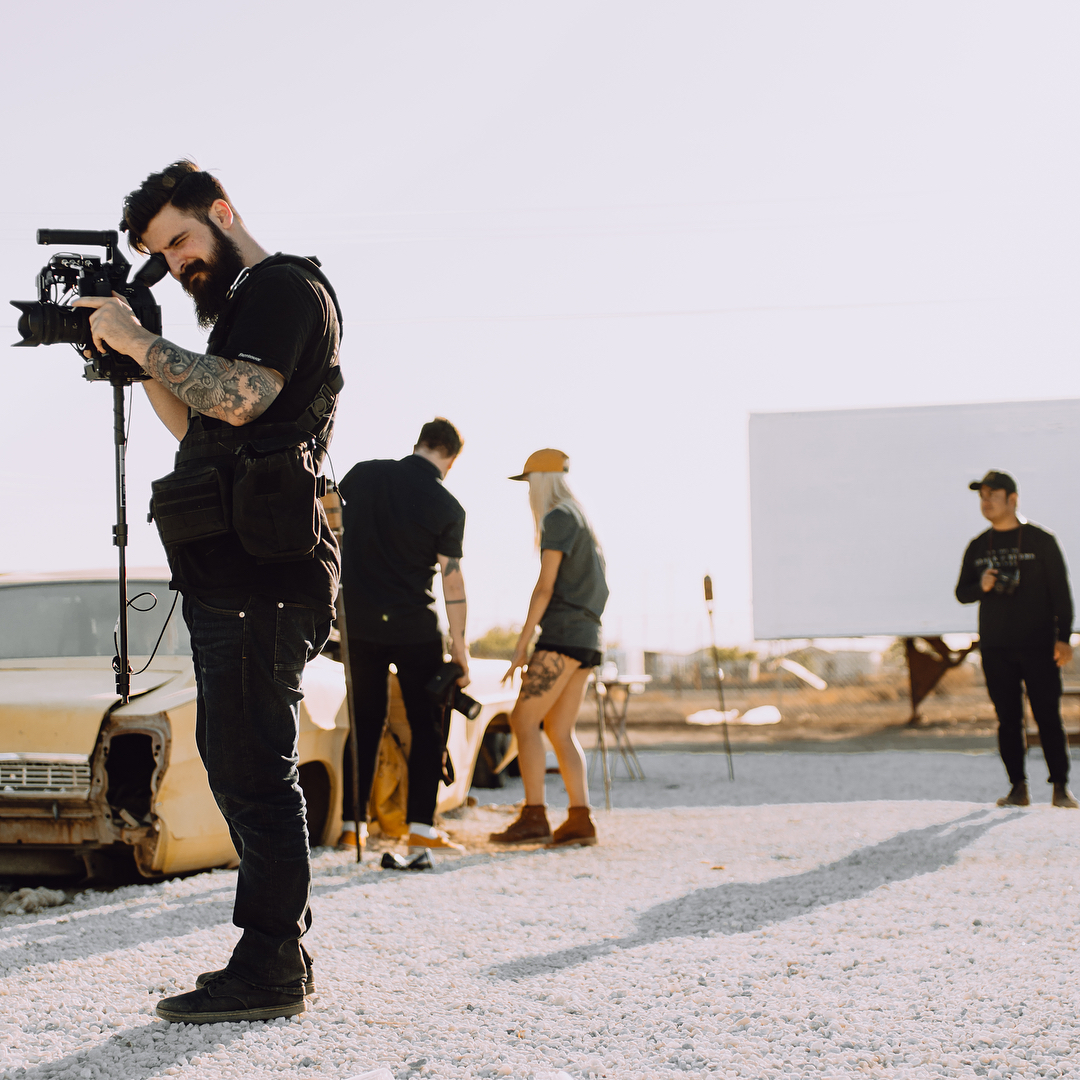 The way I think of this setup is it’s a soft toolbox that you can wear. When I’m done shooting I can stuff it all into my Solevig II backpack or just chuck it into the car or whatever, as it’ll withstand all the abuse I could possibly throw at it, and I know everything’s there next time I go to shoot. My camera case is always set up in such a way that I know I can just grab it and go shoot; I make sure everything goes back where it needs to go and I have redundancies. This chest rig is no different, and has become a solid supplement to my solo shooting style, so I figured it was worth sharing as it’s more affordable than the “film specific” options and so simple to put one together for yourself. For instance, as Omar from Redrock Micro pointed out, if you’re on a larger shoot you’ll undoubtedly have a radio. There’s a pouch for that. Two actually. The advantage to a MOLLE system is that you ultimately customize it to your needs and it can change as your needs change. If you’d rather keep it a little more casual and stick to the “Zamboni Belt”, there are plenty of options there to hold your pouches too. Just be sure to weave them on correctly. I may have been doing it wrong this whole time…