This relatively simple music video actually took about 3 months to shoot due to the nature and speed of oil painting. To achieve a seamless look we turned to the power of montage.

The idea for the video was to show two pieces of art going from conception to completion, so the magic trick here was making it look like Jake made his song concurrently with Adam’s painting. Obviously, as the paint needed to dry between layers (and in some cases colors that would be next to/on top of each-other), we had to spread out the shooting days meaning that continuity would have to be taken into consideration.

Day 1 we shot Jake doing the whole song on the stairs in Adam’s studio, while Adam started his piece for visual context. All we had to do was roughly frame Adam out of the performance shots and Jake in for the painting parts across all the shooting days & the illusion is complete.

The song had been recorded previously but overall the shoot was almost docu-style, with little in the form of pre-production beyond scheduling. Adam had a general sketch as seen in the video, but he was somewhat improvising as he painted so I was just along for the ride for those days. In total there were seven. Most of the time was spent bullshitting between the three of us and somehow Adam kept painting through all of it. Impressive considering that after Day 1 Jake was relegated to hours of backting, affording him a lot of time to ponder and postulate. Between the three of us, we verbally solved every problem the world has ever faced, so that’s something that will undoubtedly go overlooked.

For lighting, everything was found on-site and in general was left alone, save for the under-stair light aimed at Jake (next to another one aimed at Adam) for the performance shots, which was at the studio already in the form of two Budget Busters that Adam uses to light his canvases/workbench. We didn’t plan on mixing temperatures the way we did, but it gave the space some separation which was a happy accident. Lighting in Tin Roof was great because the ceiling was covered in Christmas lights strung from front to back, giving the already sizable space even more depth. That, coupled with the lighting used during the live performances that we were recording, gave us a great look. Jake’s recording studio was also left untouched, save for the singing portion where a 750w Lowel Tota was shot through a big sheet of muslin as a sort of rim/key light. We’ve used that setup before on a handful of the videos shot in this studio, changing the type of fixture/light as needed. Remember: the bigger the source RELATIVE to the subject, the softer the resulting light.

We shot on the same rig as detailed in OB01x04: a C100mkII kitted with the Redrock Micro Ultracage, carrying the microRemote and finger wheel handle mounted directly to it with a microSpud. As has been the case for all of our videos thus far, we used the Sigma 18-35mm Art as our only lens. In somewhat the same vein, Adam only uses standard every-day chip brushes for his paintings; nothing fancy and the results speak for themselves.

Hope you enjoyed the ride! 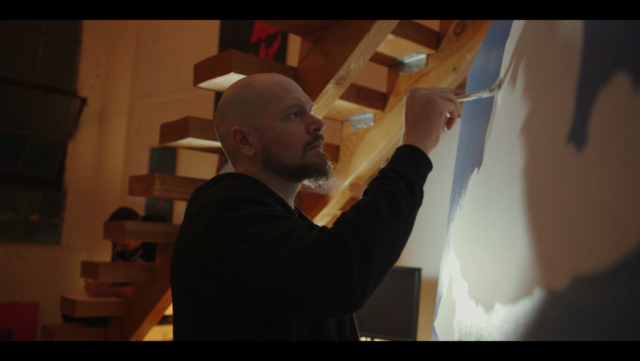 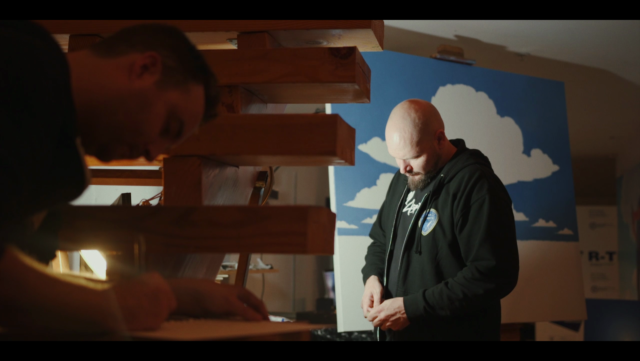 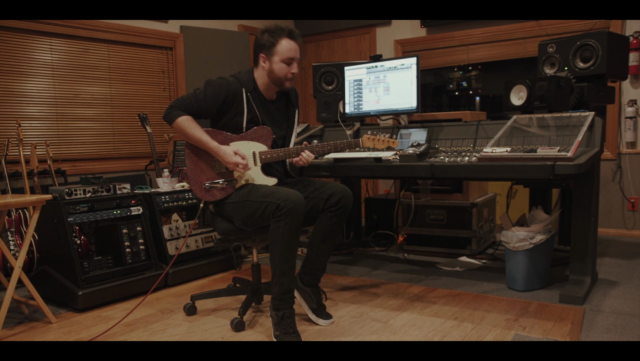